People know what they need 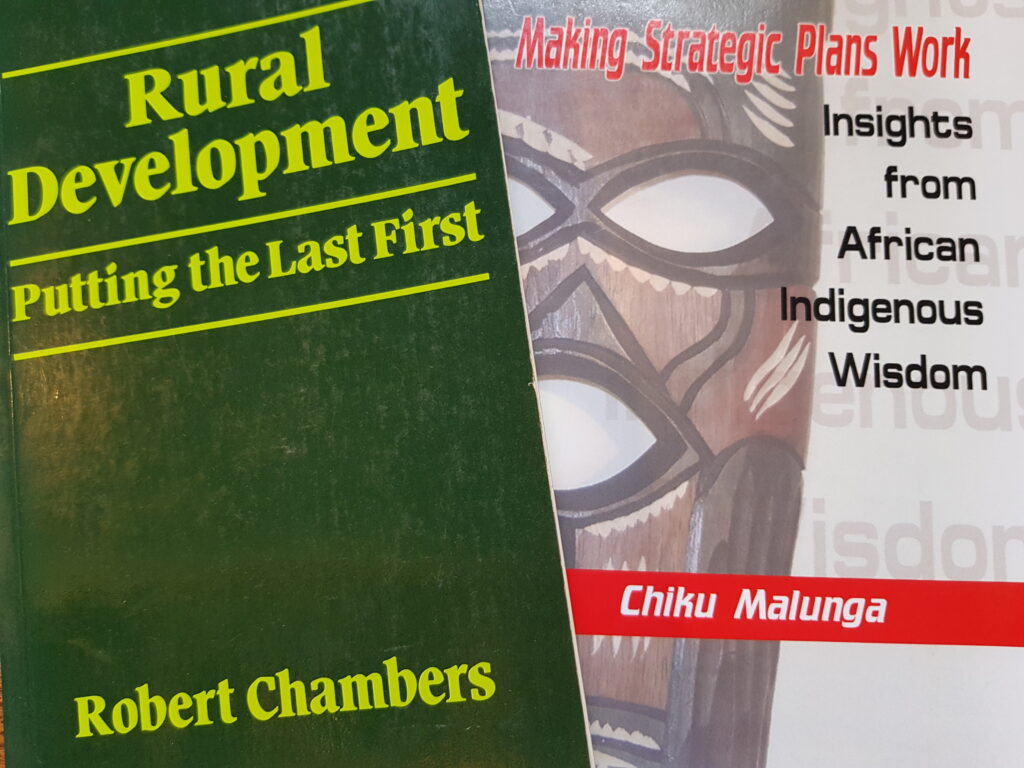 In my student days, one of my professors told me to read Robert Chambers – Rural Development, Putting the Last First. At the time, Chambers was known as the guru of PRA (Participatory Rural Appraisal), a set of methodologies in which rural residents, often illiterate, would map their own situation and come up with improvements. It was an eye opener for me, and it still impacts my thinking. Chambers emphasises the richness of knowledge of rural residents. Wouldn’t they themselves know best what is needed? ‘Outsiders’ such as NGO workers, scientists and policymakers should take this knowledge as a basis. Do not come up with pre-cooked recipes yourself. Try to understand that knowledge. And work together with the residents for meaningful change.

My late colleague Chiku Malunga from Malawi taught me more about local knowledge and wisdom. He stated that planning and organisational language does not work in African communities because it is outside jargon. As a facilitator you have to speak the language of the people you work with. You have to connect. Chiku did this by collecting African proverbs, which he used as metaphors for organisational development. On the need for collaboration: ‘When spiderwebs unite, they can tie up a lion’. From Chiku I learned that you have to reduce complicated concepts to something understandable.

Interested in my services? Want to talk more? You're more than welcome!